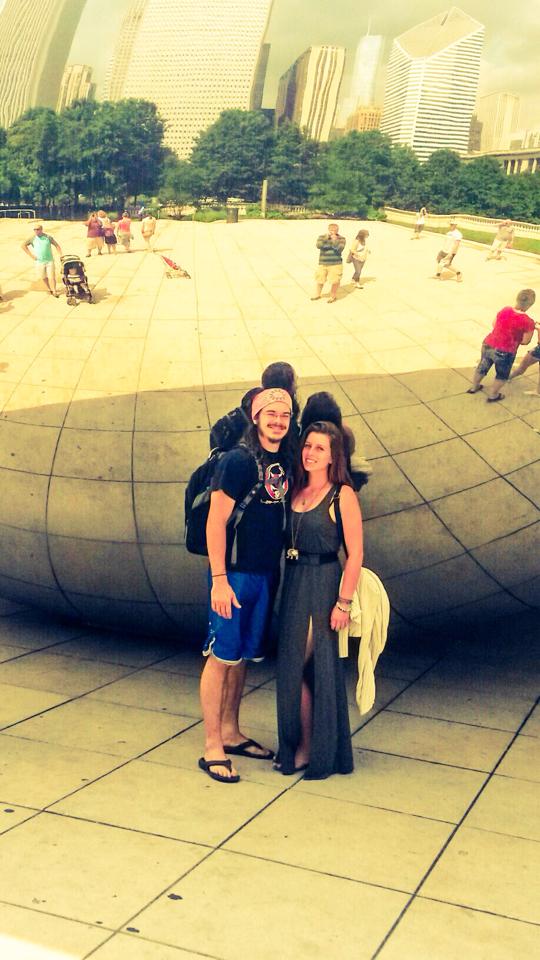 Justin is a very outgoing 25 year old from Woodstock, IL.  He always wanted to live near the mountains, and close to his grandmother who lived in Lyons.  Justin is a “jack of all trades”, and is an incredibly intelligent young man who can easily learn how to do just about anything.  He takes pride in what he does, and he wants to have a career in every field, when he grows up.  He moved to Colorado State in 2011, and moved around a bit before ending up in Fort Collins, Colorado.  Kelsey is an animal and nature-loving traveler who had always loved to build things and make her living spaces her ‘own’.  She moved to Colorado in 2011 from Maui, Hawaii to pursue her education in Veterinary Medicine.  She continues to work on her Biology Degree.

They briefly met in 2011, but it wasn’t until a Halloween party in 2013 that they really started talking.  They began dating, and quickly became very close and fell in love.  They moved in together in the summer of 2014.  The two began looking at alternative housing options, after becoming increasingly exhausted with the ever increasing rent prices.  They didn’t have the money to buy a house, nor did they want to be tied down with one.

So they began looking and researching.  After feeling discouraged about not being able to find one, and worried that their window of time was running out, their luck changed.  They found an old 1975 Ford/Ward school bus on Craigslist.  It ran (after the seller installed a new fuel pump), it had hardly any rust, and the price was right… $1500.  They quickly purchased the bus, and began work.  They only had four months until their lease was up on August 1, 2015 at the house they were living in, which means they only had four months to completely convert this old school bus into a livable home.

Follow them on their journey of this School Bus Renovation, THEWOLFBUS, and enjoy the transformation… or maybe consider doing it for yourself or your own family, too!