It has been over four months since we have moved into the bus full time! It has been a very busy time and as such, I apologize for the lack of an update.   During our time in our bus so far, we have had some bus-issues, some upgrades, and some BIG news! 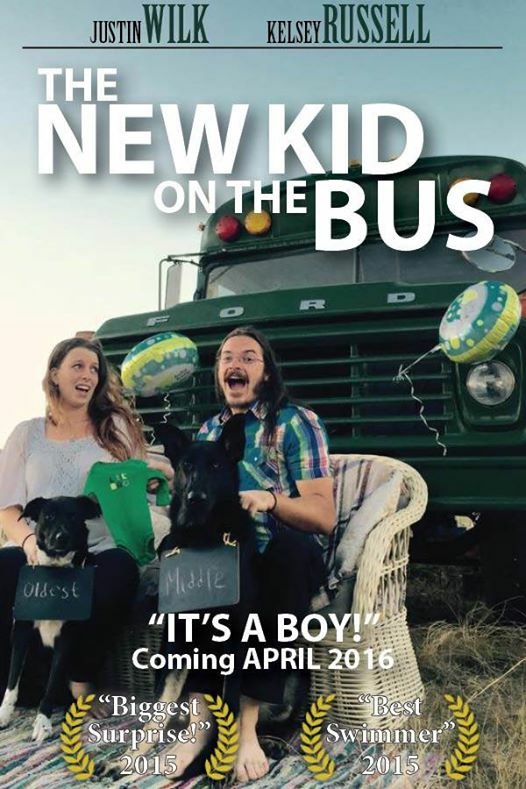 First and foremost: the BIG news:

About twenty days into our “bus life”, we received some amazing news;  We are expecting!  While it came as a surprise and a blessing, we are so excited to meet the little man, and met a midwife on Thursday in hopes of a home-bus-birth!

Now that the BIG news is out of the way, lets talk BUS!

About one month into our new life, we received the “Noahs Arc” of rain, it seemed.  Well not really, but we did get quite a bit of rain.  We were quite tickled that we fared well with no leaks, or so we thought.  Fast forward another month, and we were absolutely stumped as to why our laminate flooring was swelling.

We tried to think of different reasons as to what would cause this imperfection, and while at first we thought it was the dog drooling after drinking water or perhaps humidity, we soon found the root of the cause.

One Thursday afternoon, after my newfound keen sense of smell told me something wasn’t right, I decided to take up one or two laminate floorboards. 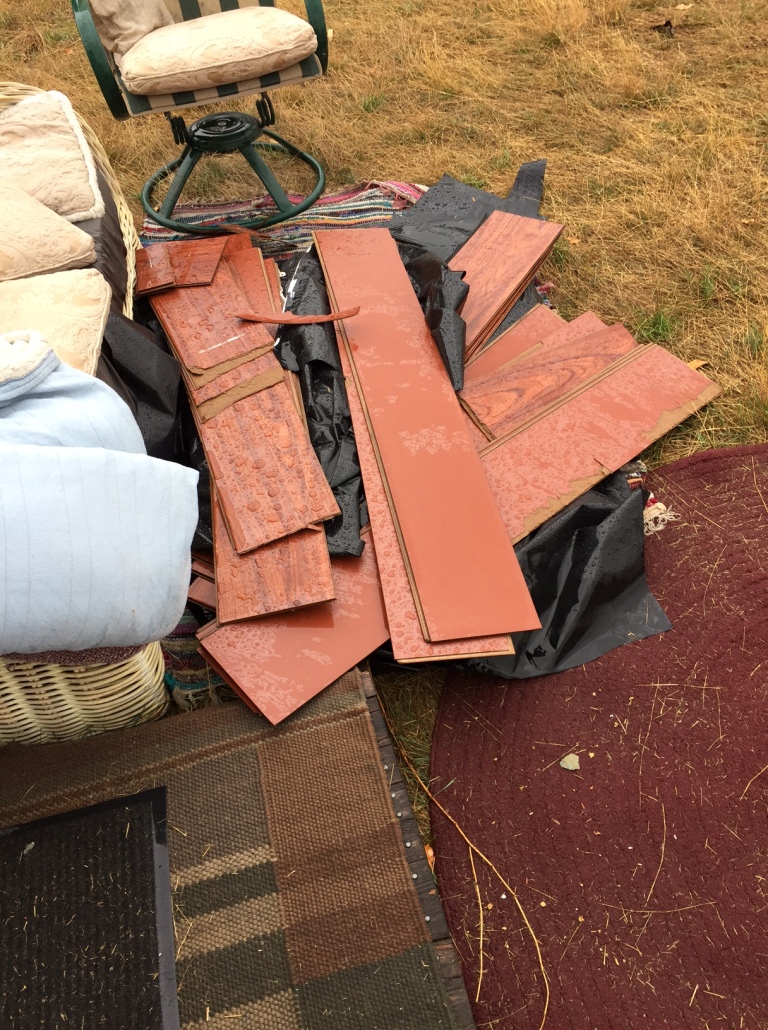 Upon doing this, I discovered that the issue was much greater than we had thought: the entire floor would need to be replaced due to a leaking window.  This process fortunately only took us a few days to rectify, and we had some much needed help from some great friends.

We now have invested in vinyl plank flooring which is about 2 to 3 times more expensive than laminate, but it is 100 percent waterproof.  we really wish we had gone with this option from the get-go!

Once the flooring was squared away, it was beginning to get chilly out!  We decided that we would go ahead and replace the back windows while taking the air conditioner out.  It was a quick afternoon project and we used acrylic window panels because they were much easier to cut curves into.  We had to keep the acrylic cooled to avoid melting, but our jigsaw did the trick!  Once we replaced the windows, it was much warmer inside.  We did eventually install 2″ foamboard insulation on the inside of the windows for added insulation as well.

As it began getting colder out, our water supply also began to fade.  Being only connected to water via a 200ft hose (which would quickly freeze), we have been having to turn off and disconnect the water more often than not.  One day, I decided that I wanted to remodel our kitchen and put a freshwater tank over the sink so we could have gravity-fed freshwater.  It turned out pretty well, and it was fairly cheap.  I used 2×2 pine wood and chain links connected directly into the metal ceiling ribs. Once we get more mobile with the bus (which we are of course still planning on doing with the babe) we will place brackets to prevent the shelf from swaying. 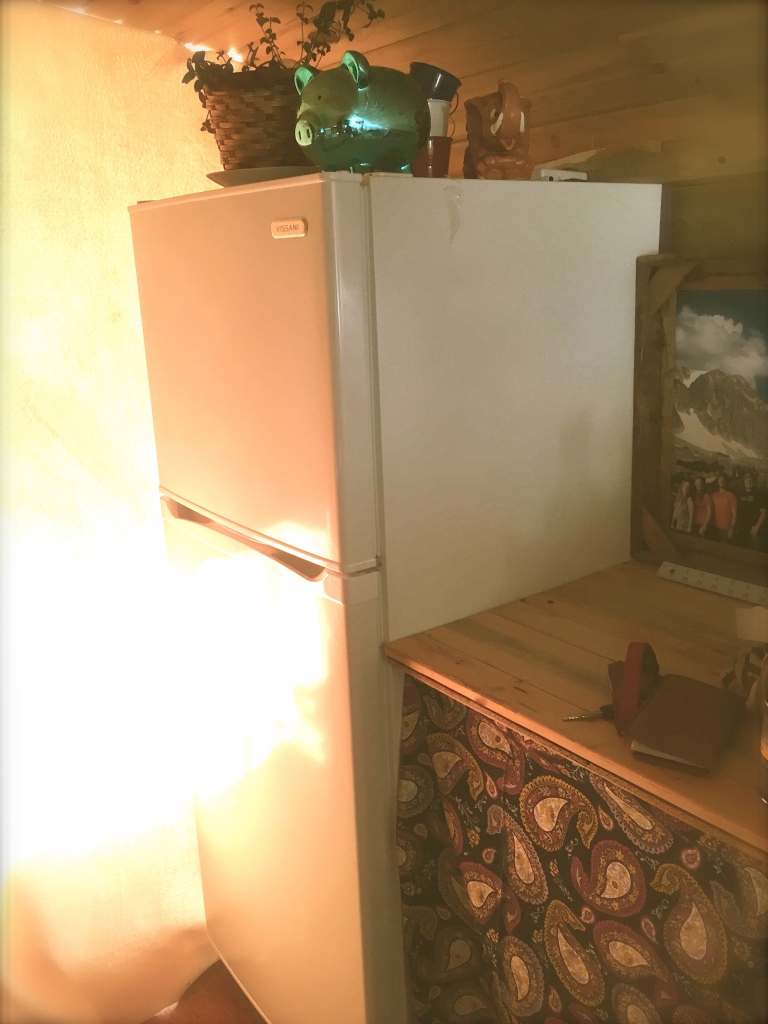 We also had to upgrade to a FULL SIZE refrigerator right after Thanksgiving!   When our other mini fridge from Yucky-Walmart decided to go out on us a THIRD time, we decided the amount of food it had ruined was comparable to that of a new fridge.   So, we went Black-Friday (but really it was on Saturday) shopping and found a great deal on a smaller standard household refrigerator which actually used less power than the mini.  We were sold, and took it home, cut our counter top for it to fit, and turned it on!  We decided against the whole propane/electric RV refrigerator because propane really worries me, and because we plan to go solar in the (hopefully) near future!  We also got a Microwave to heat up the Thanksgiving leftovers a bit easier!!!

Our wood stove still works great, and keeps us very toasty.  We also added reflectix bubble wrap rolls over the windows to help combat the thermal exchange and the wind.  We plan on skirting the bus soon too, likely with a canvas-type RV style skirt.

Moving Forward, the wonderful lady that we help who owns the lot (where we are staying) decided to upgrade her property by adding underground water and power lines to the back lot, where we are parked!!  This is great news for us, because it means that we will be able to have running water and reliable power this winter!!!

Thanks for the interest in our tiny home life!  I will be sure to add updates and try to answer questions as much as possible! 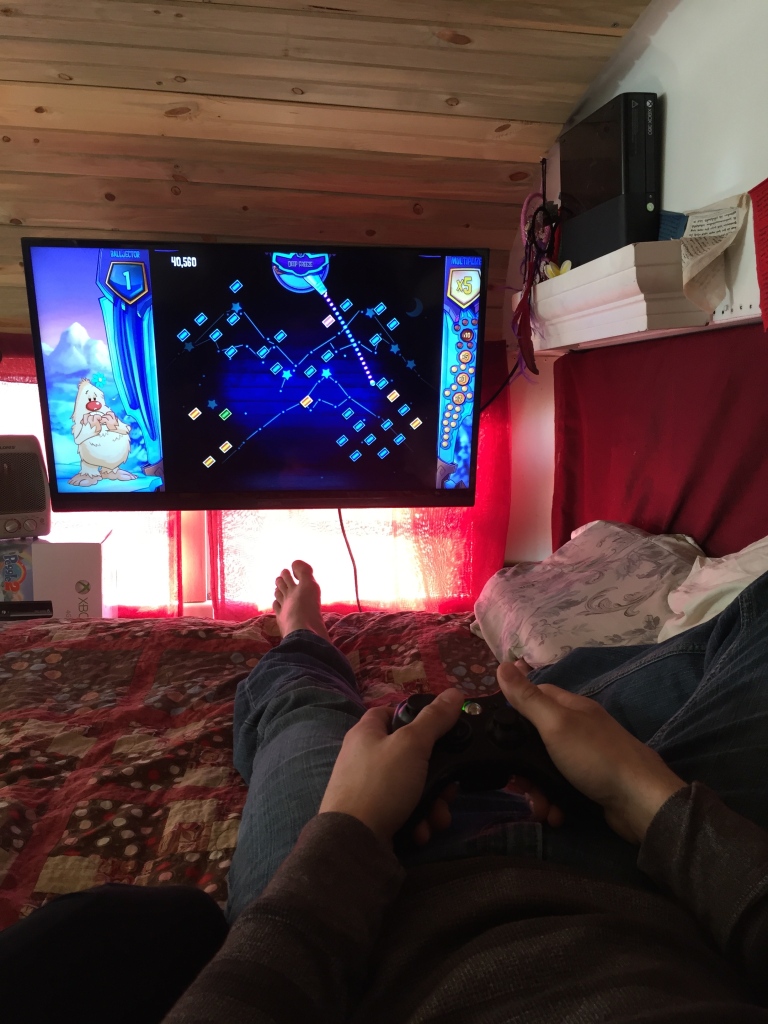